Our University takes you to the world of high diplomacy

Study at the Department of Human Geography and Regional Development includes diverse excursions. For example, the Erasmus students have now swapped their class in Ostrava for Prague and headed straight to the Ministry of Foreign Affairs at the Czernin Palace. It’s the afternoon of April 7, and classroom L-439 remains empty. For the next seminar of their Geopolitics of Transatlantic Space course, Erasmus students of the Faculty of Science headed to an unusual address. They exchanged Ostrava for Prague, where Jaroslav Kurfürst, an experienced Czech diplomat and a lecturer at our Department of Human Geography and Regional Development, is the Special Representative for the Eastern Partnership at the Ministry of Foreign Affairs.

Facilitating an unforgettable experience for his students, Dr Jaroslav Kurfürst explained the main goal of this activity: „The seminar at the Foreign Ministry is part of my effort to show students that our lectures are not just an academic exercise, but that they can help to understand the world of real foreign policy, which sometimes has a tangible impact on our lives. One of these impacts is currently Russia’s aggression against Ukraine, which is full of geopolitical ideas, motivations and goals.“

During the visit, the students could admire the beauty of the Czernin Palace, which has been the seat of Czech diplomacy since 1934.

„On the tour of the Palace guided by Dr Kurfürst, we walked the rooms where important meetings are held, and various agreements are signed. Dr Kurfürst told us about the history of the development of international relations in the Czech Republic and its key figures, especially Jan Masaryk,“ described Ukrainian student Vladyslav Kozak, who is studying in Ostrava thanks to Erasmus credit mobility project together with nine other students from the partner V. N. Karazin National University in Kharkiv.

But there was still more on the agenda. The students were also treated to an exceptional meeting with Jeffrey Hulse, the First Secretary of the United States Ambassador. Excited by the opportunity to have a discussion with diplomats, Vladyslav said: „We talked with the Secretary about the specifics of his profession and the experience his position has brought him. We also talked about the way the US builds partnerships with different countries around the world. In addition, we also had space for our questions, which the Secretary answered thoroughly.“

The unconventional study visit to the Czech Ministry of Foreign Affairs was concluded with a seminar on international relations, and treaties concluded during the Cold War, led by Jaroslav Kurfürst in the conference hall of the Czernin Palace. Thanks to the Faculty of Science of the University of Ostrava, a group of thirteen students from different parts of Europe got more than just a taste of the world of great diplomacy. 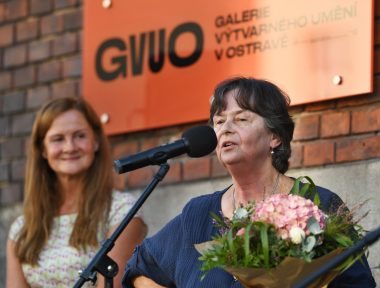