How to mummify a chicken?

It’s the beginning of 2017. While looking at the list of available universities where I can go for Erasmus I wasn’t sure where I would end up. I only had 2 conditions. The country had… 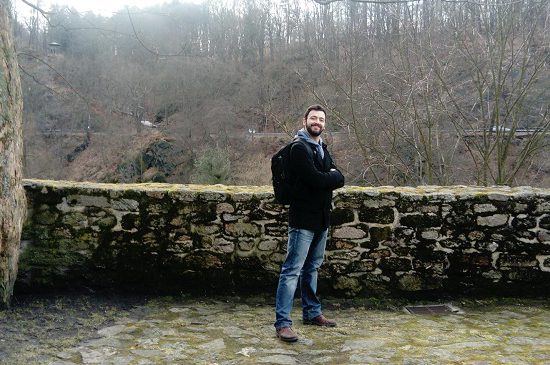 It’s the beginning of 2017. While looking at the list of available universities where I can go for Erasmus I wasn’t sure where I would end up. I only had 2 conditions. The country had to be cheap and relatively unknown to me. I ended up picking Ostrava. A city I haven’t even heard of.

A ticket to Ostrava was bought in May 2017 and on the 18th of September, I officially arrived in Ostrava through Vienna where I had flown a couple of days earlier from Estonia with another exchange student. For 6 months, I have stayed in Ostrava without even returning for Christmas. This is the longest I have been away from my friends and family and the adventure continues.

I’m coming from Tallinn (Google it, you will not regret it) where we have a beautiful old town from the 13th century that is on the UNESCO world heritage list. Medieval towers are a part of Tallinn’s skyline which can be enjoyed on a boat trip on the Baltic Sea. The industrial city of Ostrava, on the other hand, seemed younger and uglier with the chimneys of factories popping up every now and then. The city didn’t leave a good first impression. I missed the seaside. Before I came to the Czech Republic I went to my local art museum which had a video installation from Adéla Babanová who imagined what would have happened if the grand plan of the Czech economist Karel Žlábek had become a reality. In 1967 Žlábek apparently came up with an idea to build a tunnel to Yugoslavia giving Czechs access to the Mediterranean. The project was cancelled in 1980. On beautiful autumn days, I have missed the tunnel on many occasions. And during these days I was wondering why the Czechs say hello like a sailor. The word Ahoj was confusing and funny at the same time.

With the help of the local Erasmus Student Network and my local buddy, the culture shock slowly passed. Orientation week was full of events starting with a welcome drink on Monday, having a tour of Vitkovice on Tuesday and ending with a weekend for international students to get to know each other near the Czech border where the party never seemed to stop.

A beautiful Sunday morning two Poles and I saw a quiet moment in the cabin when we decided to take a long hike in the nearby mountains. The French were snoring, the Spanish were singing Despacito in their sleep and we were the only crazy ones to go on an 8-hour hike. The view was worth the early morning wake up. While watching the distant mountains I felt a small spark of excitement and happiness. I can safely say that in that moment Czechia earned a small place in my heart.

With the climbing of Lysá hora, a pyjama party, a parade celebrating the 30th birthday of Erasmus and winning the Czech It! Challenge, I could feel that Czechia had grown on me. By the middle of my first semester, even the smog that occasionally falls on Ostrava added to its charm. Houses seemed more colourful, Czech language seemed easier and the beer started tasting better. What had changed my mind about Ostrava? The city is still the same. The people had changed.

By the end of November, a gang had formed, which consisted of Poland, Greece, France, Catalonia and Estonia with an occasional local joining us. Nights were spent playing foosball in Áčko and the days were spent travelling and occasionally studying. A lot of sleep was lost and at the same time relationships have become stronger.

Then came December. People were talking about leaving. Christmas was around the corner and the last party was waiting for us. I can safely say that the party was full of emotions. The gang was sad and happy at the same time. We sent everybody away for Christmas and tears were flowing. We knew that we will see most of the gang after Christmas, but that didn’t stop us from crying. We realized the moments we have had are unique and that the new year will be different. We have formed an international gang of friends, who have had the chance of spending time with  each other and this opportunity will not come again. So naturally, you appreciate your time with your friends a little more.

I realized that one semester has passed quicker than expected and I wanted to continue discovering the Czech Republic. But I wanted to do it differently. An email was sent to the 1st International School of Ostrava about an Erasmus internship where I could practice teaching history and civics before I finish my master’s and must accept a teaching job in Estonia. They gladly agreed and on the 8th of January, I stepped into a school that welcomed me with letters to Harry Potter hanging from the ceiling and with a copy of the platform 9 ¾. A picture of Dobby and Voldemort were painted on the walls. I felt like Hogwarts is waiting for me. On the same day I met my mentor and to my surprise, the first lesson was to continue mummifying a chicken. A project they had started two weeks earlier. New adventures for the next 5 months awaited me. 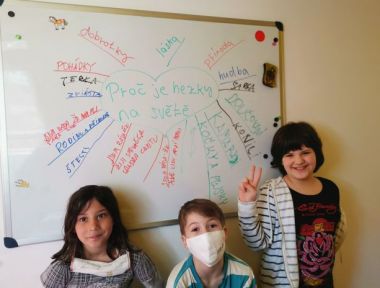 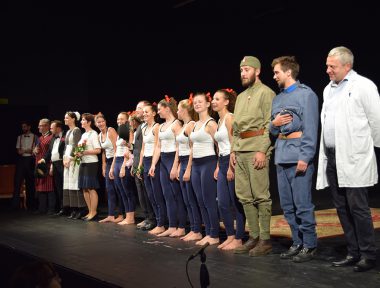 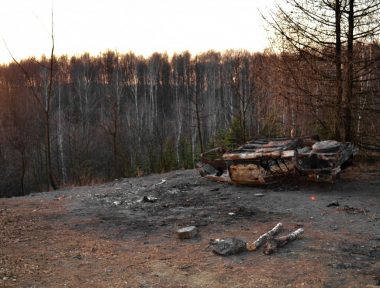